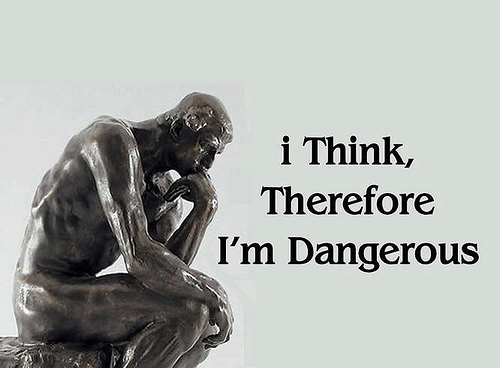 The third book by the authors of Freakonomics, the bestselling book that has been the source of fascination and criticism in equal measures. If nothing else, the book works as advertised; it makes you think.

Think Like a Freak is entertaining as ever. In all honesty, I wish it were longer. With fun stories and educational insight, Levitt and Dubner certainly practice what they preach. They are unafraid of admitting that they don’t know how to solve the world’s problems, despite their previous books making some pretty bold statements regarding socioeconomic policies.

In today’s world of fake news and bitter rivalries across every facet of society, Think Like a Freak is a book we should all pick up. There are four major lessons that would make life that little bit easier for everyone: admit when you don’t know the answer, ask unusual questions, recognize everyone has biases that are hard to shake, and quitting isn’t always a bad thing. They are not the ONLY lessons in the book, but these are some of the most prominent.

Because it doesn’t capture the same spirit as the earlier books, it may not appeal to everyone, but it is well worth the read.  There aren’t as many groundbreaking insights (and controversial claims) as the previous books. It is a more general guide to thinking outside the box, with amusing and insightful examples thrown in to make a point. It is there to make you think, and it does that well provided you read it with an open mind and a willingness to at least consider embracing the ideas put forth.

There isn’t much else to say about this book without delving into specifics. But any book that equates King Solomon to David Lee Roth has to offer at least something worth reading. Definitely give it a go.