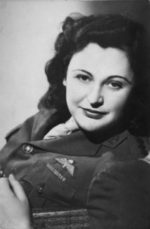 Women Wartime Spies by Ann Kramer is a glimpse into the secret history of Britain’s bravest women. Kramer tells the stories of women who served in both World War I and World War II, highlighting the dangers they lived through day by day and the secrets many of them took to the grave.

Spies is a quick read that tells both general information and specific tales of women involved in the war effort. It’s engaging and fills in a gap in most people’s knowledge of this time period.

The only fault I have with Kramer’s story is the organization. She tries to give general information and specifics, but ends up repeating herself and taking the reader out of the experience. Stories of individual female spies are inserted seemingly at random in the the middle of sentences. It is jarring. It took me longer than it should have to read this book because I would lose the thread of the story and have to go back and reread what I’d already gone through. A few times I found myself doing so because Kramer repeated herself only a couple pages later, reiterating the same information we had just absorbed in a story about a different woman with a similar experience.

The disorganization hindered my understanding of what specific women did what during the war. I understand the situation was complex and many of these women were operating simultaneously, but I think the information would have been a lot easier to absorb if she had focused on telling individual stories rather than mixing it all together. The women blended together too much for me to get a clear grasp on the work each of them did, which is a shame. Multiple readings might solve this problem, but with a single read, it is confusing.

I love the topic and enjoyed learning about these heroic women. Kramer’s book fills an important gap in most people’s knowledge of history and I would highly recommend it, despite the confusion. Anyone with an interest in the World Wars or women’s contributions to history should definitely check it out.